The history of easels and that of art itself are intertwined. Easels have an incredibly long and varied past, and today antique and vintage examples have a wonderful decorative presence.

Ironically, most evidence for the early use of easels comes from their appearance in art itself. However, in his seminal work, Natural History, Pliny the Elder explicitly describes their use: ‘Protogenes was not at home, but there happened to be a large panel upon the easel ready for painting, with an old woman who was left in charge.’

So, in the 1st Century AD, our forebears already understood the easel's usefulness. 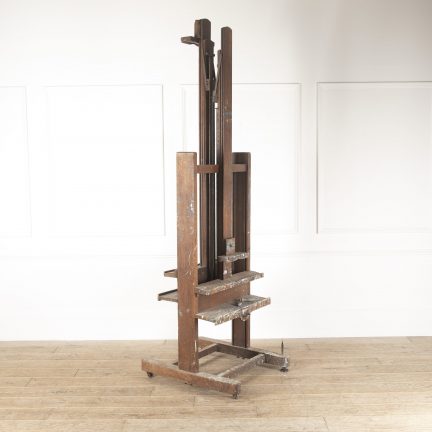 Up until the Middle Ages, easels were a mere supplement to the dominant art form - wall painting. Since the pre-historic period, when nomadic cave paintings began, humans have conveyed messages through imagery.

It wasn't until the 13th Century that easel painting finally overtook mural paintings in terms of popularity. Painting onto canvas became more and more popular, and so easels were increasingly necessary for providing a gentle vertical slope at a comfortable height.

The 15th Century was pivotal for the evolution of easels. The invention of a portable easel and storable oil-based paint at around the same time caused a boom in landscape painting. Artists could suddenly pack up their art equipment and transport themselves to coast or country to paint. Indeed, plein aire painting, whereby the beholder can sense the open-air setting of a painting, was one of the most seismic developments in art history.

Easels have been indispensable to countless generations of writers and artists. But their form, whilst maintaining the very basic elements, has taken on many different guises.

From the Middle Ages up until the 17th Century, artists tended to prefer simple wooden easels for their work. This type was revived in the 20th Century and is actually very similar to ones made today, aside from mechanical advancements.

But in the 17th and 18th Centuries, wave after wave of design styles influenced the easel. From baroque to rococo, easels reflected whatever lavish décor was in style at the time. These can make for some magnificently decorative examples. By the 19th Century, they evolved again to take on a simpler neoclassical form, often with gilding. 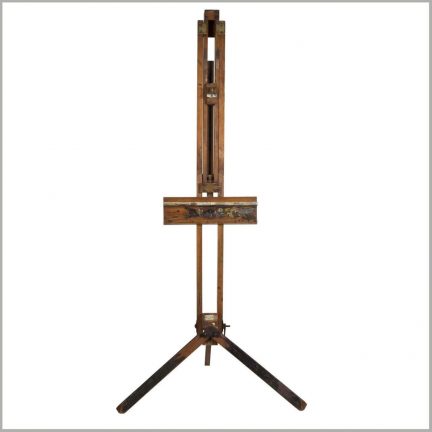 So, what should you bear in mind when looking for an antique or vintage easel?

H-frame easels are particularly sturdy examples, whilst the 'lyre' easel with its A-frame is very elegant. Some easels might incorporate extra storage space or even have an added desk or seat. They naturally became more technical over the centuries, with winding and counterweight mechanisms. If you want to use an easel for its intended purpose, make sure it has a quality functional mechanism.

Whilst plenty of lovely antique and vintage easels don't have any sort of label, make sure to look closely for a maker's mark. The British manufacturer of art supplies, Winsor & Newton, produced many easels- particularly in the tripod style. Other notable manufacturers include two Italian companies operating in the 20th Century, Bottega Ghianda and Mabef.

When it comes to choosing an antique or vintage easel, consider what sort of condition you need. Some examples are worn and covered in splashes of old paint, whilst others might even come with an old paint palette or brushes. To feel the presence of the original artist is fascinating and gives an easel authentic charm. If regular use is more important to you than decorative quality, choose a sturdy vintage example in good condition.

As display pieces and functional objects, easels are a wonderful thing to own and have in your home. Our collection includes French and English examples of various shapes and sizes. We also stock fascinating antique sculpture stands and artist's relics.