Onlookers all over the world have long admired the French art de vivre. The French bistro is a core part of this 'art of living,' alongside their leading fashion houses and pâtisseries. Although modest in price and relaxed in atmosphere, bistros are effortlessly chic. 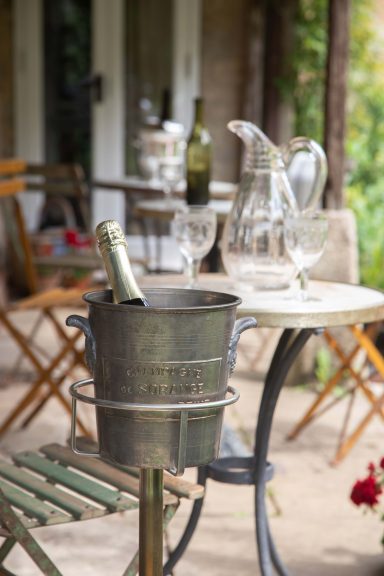 The French bistro’s cultural significance extends far beyond the food. Indeed, these establishments are as much a part of Parisian culture as the Eiffel Tower or Notre Dame. That’s the argument of those who want them to be awarded intangible cultural heritage status by UNESCO. For loyal customers, their regular bistro offers comfort and authenticity. This is especially important amidst the rise of big chains and gentrification.

Bistros sit somewhere between a café and a restaurant. They have a relaxed atmosphere and serve moderately priced food, wine and coffee throughout the day and evening. We recognise them for their courtyards and terraces, crowded with small circular tables and folding chairs. Yet, the bistro is so much more than the sum of its parts.

These spaces have acted as melting pots throughout history, bringing together people from all walks of life. You will find a close relationship between owners and customers, with diners often returning on a daily basis. They have served as writing meccas; the famous Les Deux Magots attracted Hemingway and Sartre amongst other literary greats. Their walls have overheard fevered discussions on politics, philosophy, romance and gossip.

Today, bistros are a spot for dining alone, with close friends, or for making new acquaintances. They are a people-watching haven, with seats arranged side by side rather than opposing, so everyone can take in the bustle of the cobbled street. Aside from anything else, the French bistro is a major social institution. So, where did this vast cultural legacy begin?

The start of the French restaurant scene

French café culture sprung from social upheavals and entrepreneurialism. The French revolution and the industrial revolution solidified the bistro concept we know today. This is not to say that restaurants didn’t exist before, however. The oldest Parisian café is thought to be Café Procope, which opened in the early 1600s. It was defined by its small tables with marble tops – now staples of French bistro style. Voltaire was rumoured to drink around 40 cups of coffee a day in this famous café.

Nonetheless, before the French revolution there were estimated to be fewer than 50 restaurants in the city. When the households of the rich were dispersed following the revolution, lots of talented chefs were left looking for work. Many returned to their home villages, whilst others flocked to the poorer parts of cities and towns. It was these individuals, through their changing fortunes, who became the first French bistro and restaurant chefs. The impact was major; one French travel guide listed 3,000 dining options in the city in 1814. 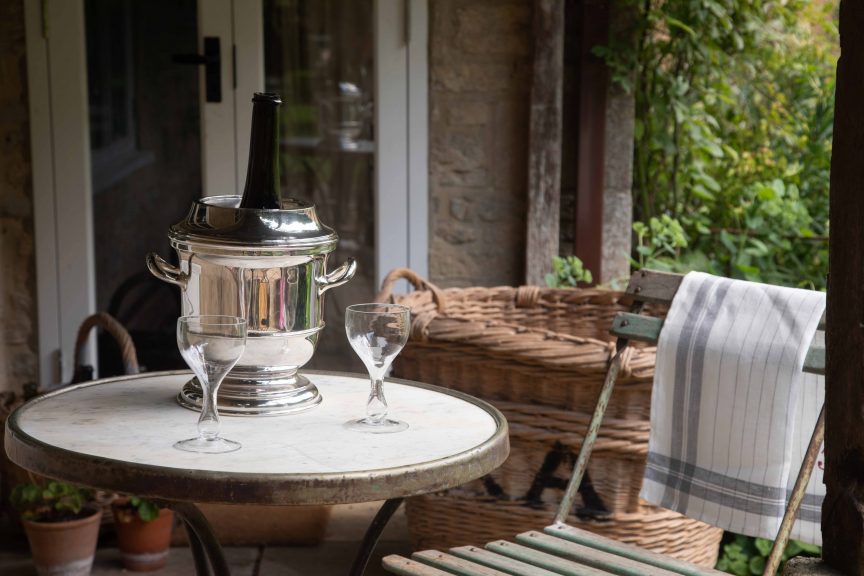 The bistro concept would continue to evolve in light of new advances. In their infancy, bistros were very modest and informal in comparison to the grand Paris restaurants. Indeed, some early bistros started with landlords, who already offered board to tenants, opening to the paying public too.

Bistros operated on a menu of about four or five dishes that could be prepared in large quantities and ahead of time, such as cassoulet, confit, or stew. They would serve some wine, usually from a barrel rather than a bottle. The bistro has evolved, but its core principles have remained more or less unchanged. The name itself supposedly came from the Russian and Cossack officers who occupied Paris in 1814. These unruly men would bang on restaurant tables, yelling bistro! (quickly!) at the long-suffering servers.

Not all cultural developments came out of war and revolution, however. In the 1800s, courtyard and sidewalk bistro seating really took off. This was down to the urban planning of one Baron Haussman, who designed wide boulevards with spacious pedestrianised pavements. The bistro started to expand onto the street – now a crucial part of its culture.

Later, the jollities of the Belle Époque saw bistros become more decorative to suit the zeitgeist. Indeed, plenty of wonderful mirrors and glassware survive from this period. However, it was the industrial revolution that really transformed the bistro in one defining aspect – the furniture. 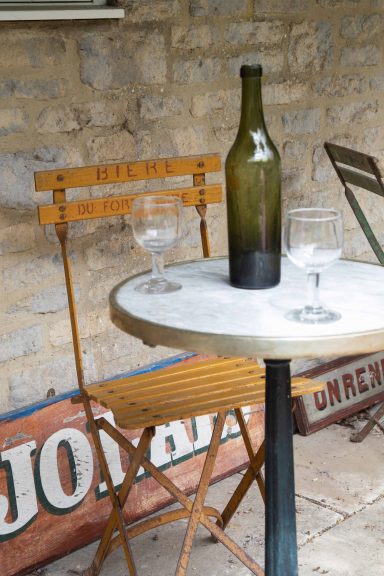 Bistros are at the humbler end of France’s art de vivre, in comparison to, say, the Christian Dior flagship store. Nonetheless, the French taste for finer things required bistro furniture to be attractive as well as functional.

Marble-topped tables remain an emblem of French bistro furniture. Industrial revolution brought decorative iron bases to these tables, often with cross-stretchers so that you could fold them away at the end of the day. You find plenty of wrought-iron chairs, too, but styles varied depending on the bistro’s personal aesthetic.

The names behind the designs

Bistro chairs and tables are not just mass-produced functional pieces, but often important pieces of design too. For example, Thonet’s bistro chair, designed in 1859, is an industry icon. He made it using just six pieces of wood, held together by two nuts and ten screws. Not only was it in high demand for bistros, but it also won a gold prize for design excellence at the Paris Exhibition in 1869.

Articulated furniture was widely sought after. By stacking away courtyard furniture at the end of the day, business owners could avoid paying the rent for a fixed terrace. Manufacturers like Fermob led the way in producing this furniture en masse. Fermob's bistro collections still follow Edouard Leclerc’s 1889 ‘Simpex’ patent to this day. This metal folding chair has become a staple, spotted everywhere you go in France and elsewhere in the world.

Exotic woods were coveted in Europe during the 19th Century. Rattan became a prevalent material for bistro furniture, with its lightness and durability ideal for outdoor use. Maison Louis Drucker, founded in Paris in 1885, were the main producers of rattan bistro furniture. The company is still in operation today and a stalwart of fine French craftsmanship.

Regardless of style and material, bistro furniture provided an opportunity for branding. So many beautiful eateries line the streets of France, clamouring for the attention of passers-by. Lots of bistros adopted a signature look to help them stand out on these busy sidewalks. Some furniture sets were very ornate and others much more pared back. Some show remains of old vibrant paint, whilst others kept the wood or iron bare. Whilst some examples may feature the name of the bistro painted on, others might have incorporated a logo or name into the wood or metalwork itself. 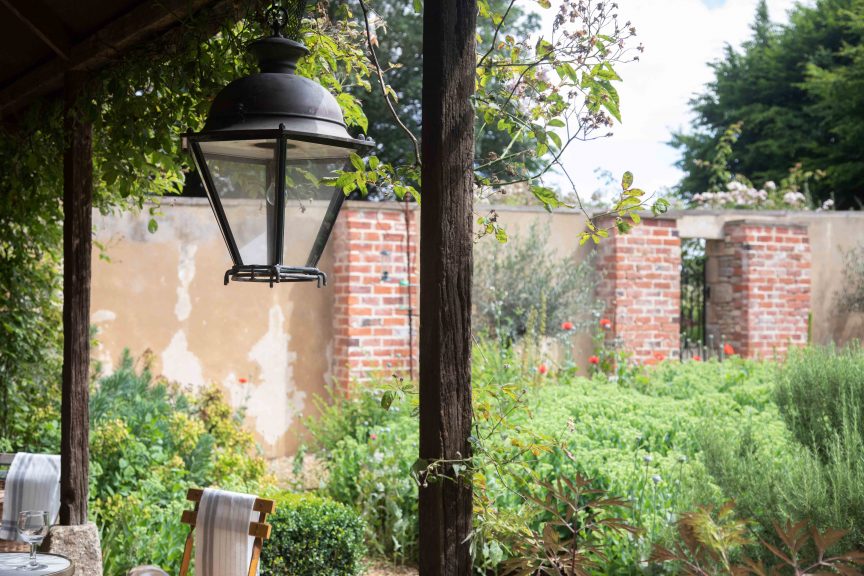 Bringing the bistro style to you

When customers returned to the terraces of Parisian bistros after French lockdowns, the heart of the city was restored. It is hard to capture the spirit of these social hubs, but you can bring the French bistro style closer to home. Because bistro furniture sets have been prevalent since the 19th Century, many antique examples survive. Furniture companies today seek to replicate this iconic style - a testament to its longevity - but you can’t beat the character of the originals.

Wonderful indoors or out, marble-topped bistro tables and folding chairs suit a range of styles. They are particularly useful when you have an influx of guests and need a few more seats. To truly transport yourself across the channel, use bistro mirrors and signage indoors. Outdoors, create your own Parisian courtyard with a few sets of bistro tables and chairs and antique lanterns. Bistro glassware has a classic timeless aesthetic, without the airs and graces.

Visit our lookbook 'French bistro chic' to spark your imagination. You can browse all of our bistro style antiques on our website.

If you love all things French, read our articles on collecting confit pots and Arras iron furniture.