Glory in the Gothic Revival

It's All Hallow's Eve, a day that has been heavy with tradition and ritual since the ancient Celtic festival of Samhain. This is the perfect time to examine the Gothic style, which conjures up thoughts of the haunted and supernatural.

On the word 'Gothic' 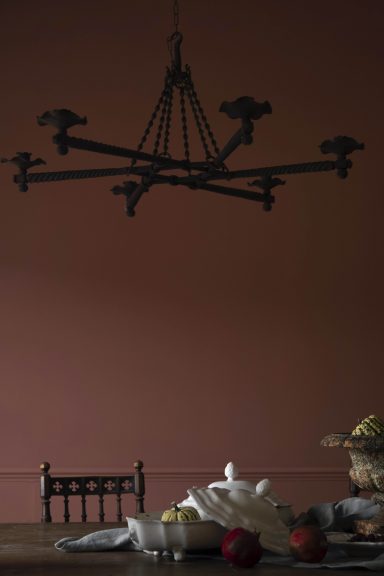 The original Goths were a Germanic tribe, who held power in parts of Europe between the collapse of the Roman Empire and the start of the Holy Roman Empire.

Gothic architecture itself did not emerge until the 12th Century. The name Gothic was attached to this new movement long after the existence of the Goths themselves.

The early Gothic, or 'Lancet' style, of the 12th and 13th Centuries, gave way to the more elaborate Rayonnant Gothic in the 14th Century. The style resurfaced in the late 18th Century and lasted throughout the 19th Century, with a particularly strong presence in Britain.

This second wave of enthusiasm would become known as 'Gothic Revival' and spanned literature, architecture, and design. 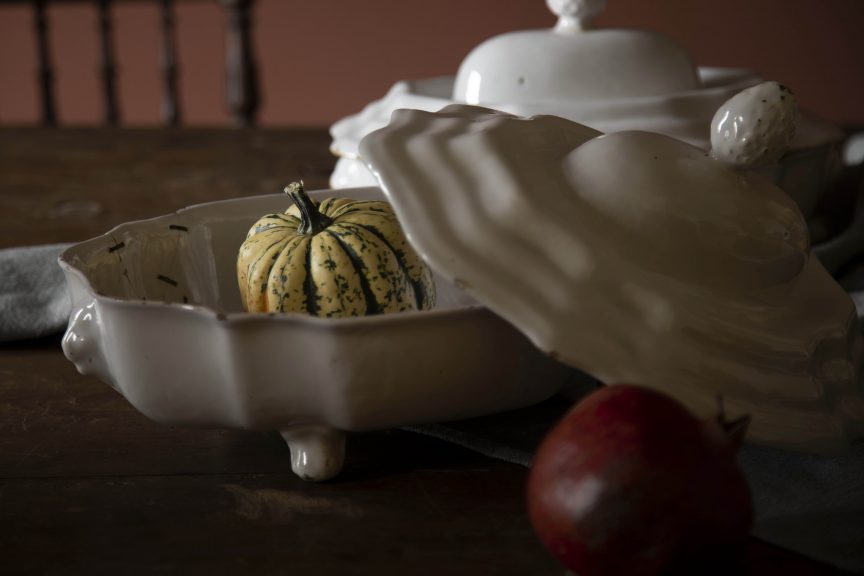 The Gothic Revival of the 18th and 19th Centuries was a conscious movement. It stemmed from a fascination with medieval times, but the influences were more wide-ranging and nuanced.

Nostalgia for a 'golden age' characterised the Romantic movement, voiced by the likes of Blake, Coleridge, and Wordsworth. These poets reacted against the principles of the Enlightenment, which centered around the importance of reason.

This nostalgia was fuelled by paintings of ruined medieval castles and abbeys, as well as medieval tales with Gothic themes. The prominent critic John Ruskin wrote widely on medieval art, literature, and society. Ruskin argued that medievalism reflected a morally superior way of life to the present day. In an 1853 essay, he praises the individuality and eccentricities of the Gothic in comparison to the neat perfection of neoclassicism.

As is so often the case, Gothic revivalism had a religious undertone. Architectural theorists wanted to transfer the weight and significance of Gothic architecture to church reform. The style was well-suited to the Victorians in many ways, not least their preoccupation with death and religion. 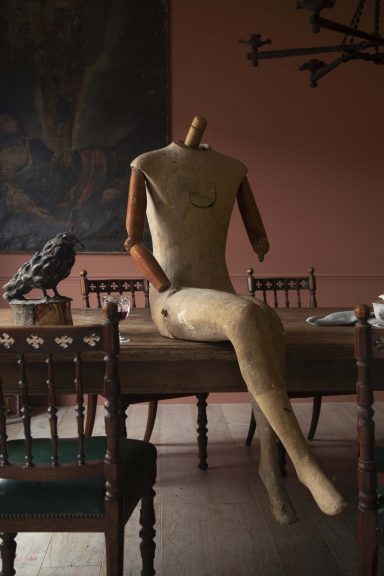 It's natural to associate the Gothic with all things horrible and repellent. This is down in large part to the role of the Gothic novel, which emerged in the 18th Century.

Similar to Romanticism, these were writers who reacted against reason and reality and their restraint on free thinking. In the case of the Gothic novel, this gave way to the supernatural and terrifying. The setting for these novels? The ruins of old Gothic buildings.

Bram Stoker's Dracula is perhaps the most famous Gothic novel, but it was actually Horace Walpole who wrote the first Gothic horror. Walpole's The Castle of Otranto takes place in the ruins of an Italian castle. These novels centered around the traumas of a protagonist, which created an imaginative and dark new form of writing.

The new genre did not find a fan in Jane Austen. She questioned how literature that was so far removed from real life could prove so popular. In her own work Northanger Abbey she chastises young ladies who were enraptured by this 'circulating library.' 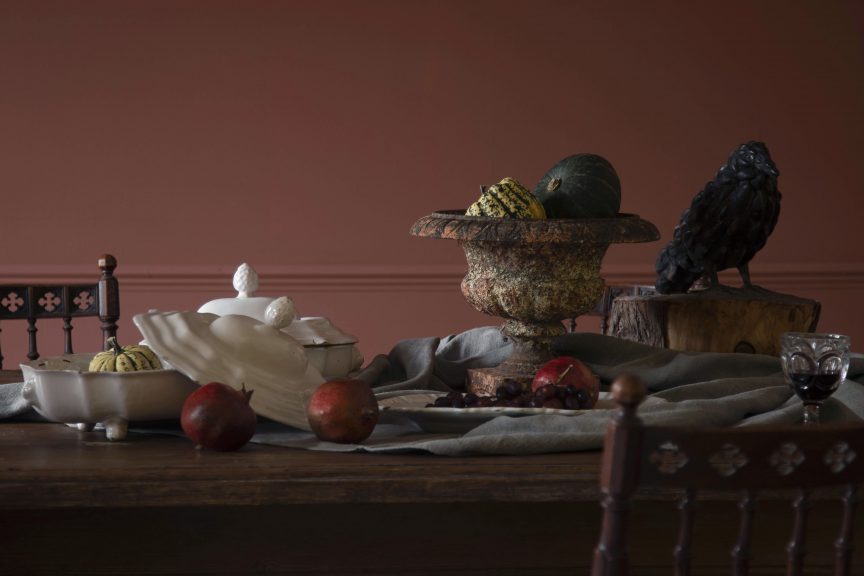 Gothic elements began to appear in furniture designs of the 17th Century. Chippendale's Gentlemen and Cabinet Maker's Dictionary, amongst other works from the period, merges Gothic elements with classical designs. This wasn't a direct imitation, however, as not enough was known about the original version.

Horace Walpole did not restrict his enthusiasm for the Gothic to his writing and oversaw one of the most major works of the Gothic Revival in Britain. Walpole built Strawberry Hill in London in the mid 18th Century. The mansion remains a magnificent showcase of this style in all its glory.

Walpole studied designs of medieval tombs and turned them into fireplaces and bookcases. The mansion features extraordinary attention to detail, with quatrefoils and hooded arches throughout. Walpole was ahead of his time; Gothic houses were not fashionable at this time and the wealthy still preferred Palladian homes.

Strawberry Hill brought the Gothic Revival to the fore and it was a hugely iconic design. Members of his own class followed Walpole and incorporated the style into their homes, as the style became associated with intellectual heights and Christian piety.

Early manifestations of the Revival were in the domestic sphere, but this soon changed. Public buildings including the Houses of Parliament were built in this style from the 1820s. Indeed, whilst the Gothic lost force in private settings in the last quarter of the 19th Century, churches and institutions continued with this design until well into the 20th Century. 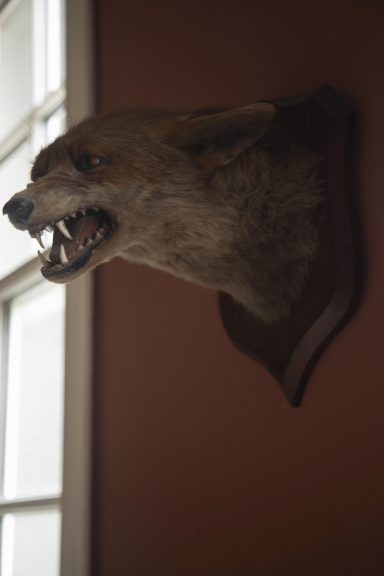 Not everybody embraced the revival. In fact, it upset the norm in many ways. Catholicism was a cause for concern in the 18th Century, and critics associated it with the Gothic. The Hanoverian monarchy was affiliated with classical design, and many wanted to maintain this refined style.

Scottish minister and writer Alexander Gerard said of the Gothic style in 1759: "the profusion of ornament, bestowed on the parts, in Gothic structures, may ease one who has not acquired enlargement of mind... where refinement is wanting, taste must be coarse and vulgar."

To Gerard and many others, this new style was a fanciful and tasteless whim. 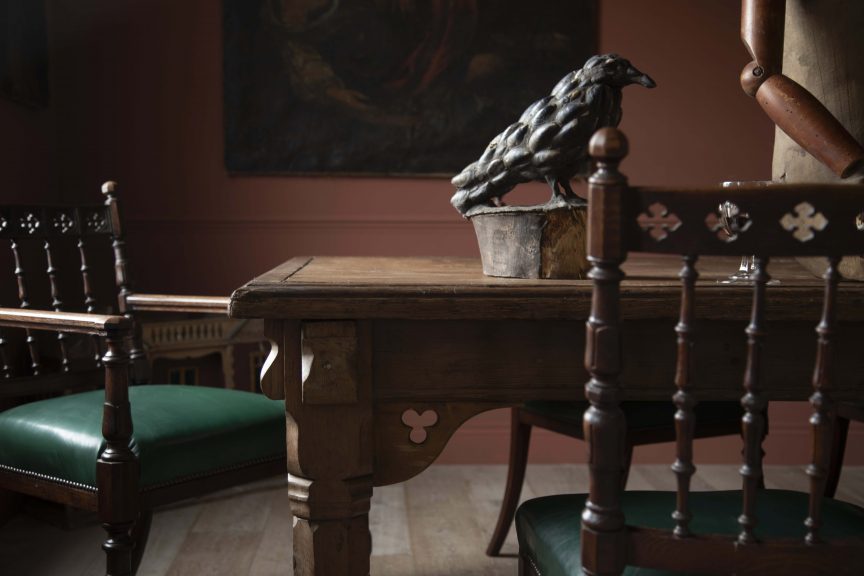 Nonetheless, the Gothic was one of the most potent 19th Century revival styles. It would give way to modern materials in the 20th Century, but antique Gothic pieces still make a wonderful statement in a modern home.

You need only glance at the interior of Strawberry Hill to note the defining characteristics of this style. The haunting hooded arches define both Gothic architecture and furniture design. Islamic architecture in Spain at this time was likely the inspiration for the vertical emphasis and vaulted ceilings.

This was a unique style in the detail as well as the whole, with the quatrefoil (flower with four petals) the symbol of Gothic design. Geometric forms, repeated patterns, and foliate decoration also feature in Gothic furniture. The pieces feature heavy carving, and woodwork tracery copied from the windows of Gothic architecture. Gothic chairs, tables, and other pieces of furniture were in many ways a replica of the buildings that inspired them.

But the style manifested in simpler settings too, and its natural forms make it blend well into a rural landscape. The 'Carpenter Gothic' emerged as a version of the style suitable for smaller houses and cottages- particularly in America.

It's possible to transfer the motifs and features of Gothic Revival into a wide variety of settings. Indeed, the legacy of this style is evident in the later Arts and Crafts movement. 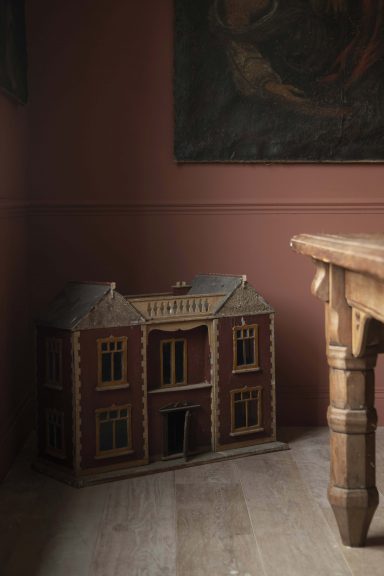 The Gothic is an inherently beautiful style. The vivid colours of stained glass and plush furnishings make an effective contrast to the melancholy Gothic. Some of us love drama in an interior, and here at Lorfords we have plenty of statement Gothic pieces.

The intellectual connotations of this style make it well suited to a library or home office. Stunning bookcases in our collection showcase the pointed arches of Gothic style. Pair with a grand desk, or even an altar table.

Dining rooms are another arena for Gothic glamour. Carved dining chairs and a large heavy wood table will give your entertainment rooms the wow factor. Lighten up the dark tones of the furniture with magnificent Gothic lighting. Dramatic lanterns and candelabras are the finishing touches for achieving this style.

To add a dose of Gothic design to your home, look no further than our lookbook, 'Gothic Drama,' for inspiration.